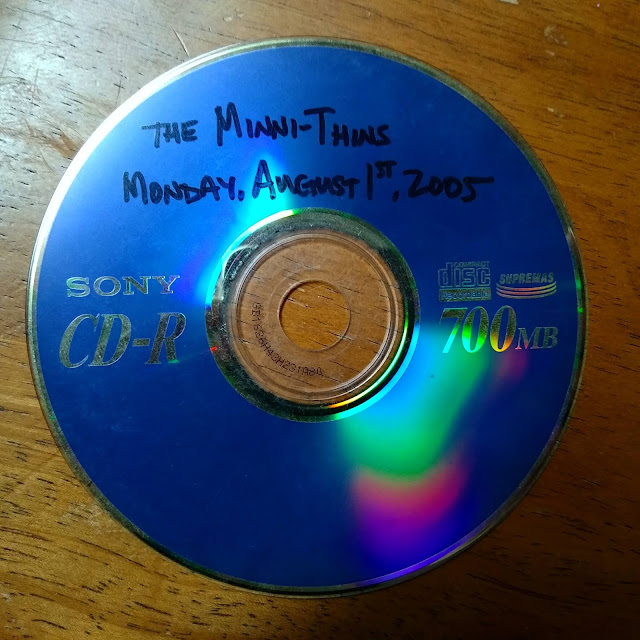 On Monday, August 1st, 2005, my former band, The Minni-Thins, held a recording session to record the theme music for the (long defunct) I See Sound podcast. Also recorded that evening were a very loose cover of Smog's What Kind Of Angel (from Julius Caesar) and a demo of the punk-tinged rocker, Apparent, which would later become a Shiny Red Nothing staple.
Listen to this bit of C-list indie rock history here.