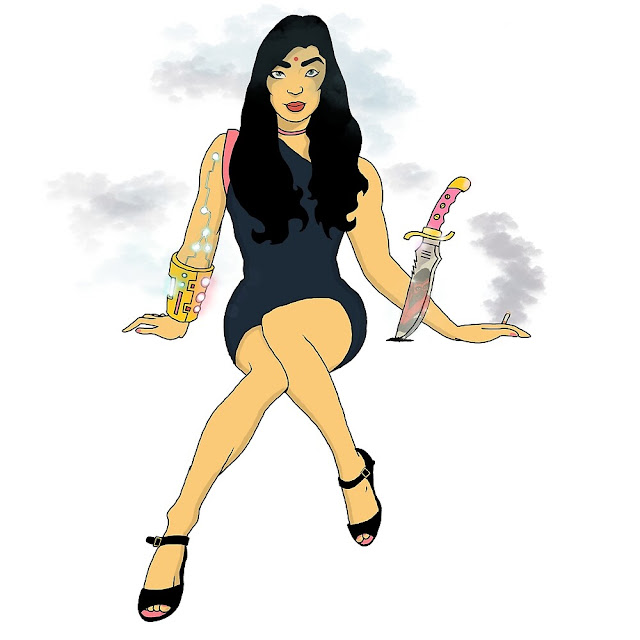 From the rooftop of the abandoned brewery building next to the JC Maxwell Plant, Skyrat watched Henry creep down the alley to the beat of an approaching lady’s footsteps. It was oddly quiet for the Industrial District, even for three in the morning. This was Tony territory, but there wasn’t a Tony to be seen.

She looked him over as he stepped into the light. The hood cast his face in shadow.

She responded, “What are you, a jerk?”

“I’m the Skyrat!” he said, lowering his hood. He was a young African American man of sixteen. His mask was soaked in sweat and had some food stains on it. His hair, which had grown out since it was closely cropped at the beginning of the summer, was gross from all the rooftop patrolling he’d been doing that night. His smile was ear to ear. His eyes twinkled. An acute observer might have accused him of being smitten by the dark haired beauty in front of him.

“But…” He straightened up, looking around for an observer to back him up. “He was going to mug you.” There was no one around to corroborate this story.  Actually, besides a few random third shifters, drunks, and a couple of Brot cultists, there were very few people here. Skyrat had found himself in Tony territory that was completely devoid of Tony Triads.

“Oh, my god,” he gasped. “You are Samantha Cyber!” She had cybernetic enhancements, sleek ribbons of complex metallic hardware slithering down her right arm. It was a medical necessity to mitigate nerve damage, but it gave her a unique, striking, commercially viable look.