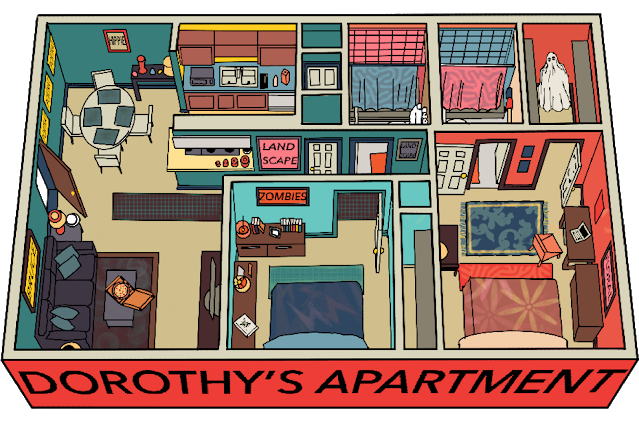 POPULATION: 1 living occupant + 3(?) ghosts
BIO: Located on the third floor of a three story red brick building in the Northside neighborhood of Cincinnati, Dorothy’s haunted apartment is the stage for the grief-stricken breakdown young Wayne Bird suffers at the beginning of our story. Downstairs, the building’s middle level is vacant while the first is occupied by a self-styled “hive of vampires” who claim Dorothy as their queen. With her walls adorned in lunatic paintings, Dorothy’s heavenly abode will soon become Wayne’s living Hell...
EXCERPT: