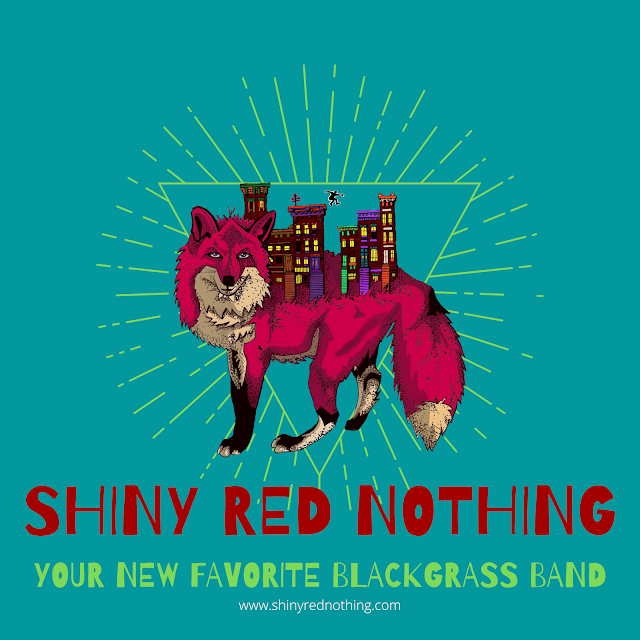 Cincinnati's darling, award-winning Indie Rock band, The Minni-Thins, was split by the harsh realities of adulting round about 2007, leaving frontman and driving force Jeremy Strickland without a project to sink his boundless creative energies into. Hence, Shiny Red Nothing was born in Brooklyn, NY, the very next year, devised as a brand umbrella to showcase all of Jeremy's work, including art, stories, short films, and of course, music.

While the musical side of SRN had been a collaborative solo recording project for much of its existence, Jeremy's move to Holland, MI in 2014 brought radical change, and Shiny Red Nothing began evolving into a fully formed, dynamic band when TJ Meyering and Stephanie Cole joined on bass and vocals, forming a tight, cohesive unit. After a couple of years practicing solo acoustic and courting a rotating cast of drummers and multi-instrumentalists, the band finally settled in with drummer and visual artist Jesse Wallace, followed soon after by Dustin on lead guitar.

Shiny Red Nothing’s weird, diverse songbook will take you on a trip. You’ll ride the waves of joyous, freaky indie rock, make a left turn into a couple of offbeat townships in the deep American south of an alternate dimension, and finally find yourself stoned and a little drunk, peeking your head into the side offices of Hell’s halls, just for the giddy thrill of it. By the end, you’ll become possessed by an intimate knowledge of why Shiny Red Nothing requires their own genre. Their music can only be defined as Blackgrass. 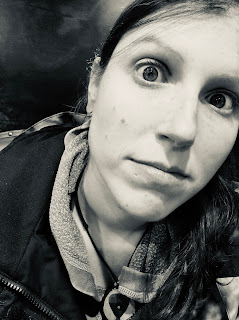 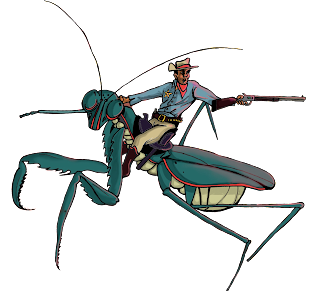 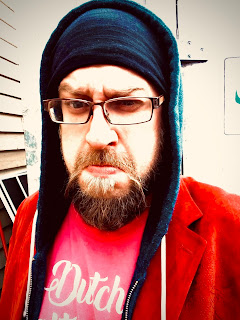 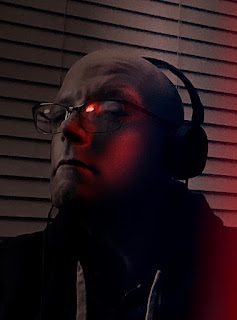 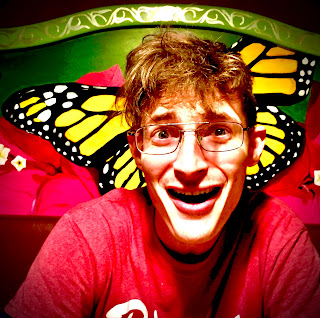 From Drunken Monkeys, Fat Adam, The Minni-Thins and now Shiny Red Nothing. Singer, song writer and artist Jeremy Strickland has been playing his music since 1999. You could say he has quite the experience putting together bands and individuals who love the sound he is trying to share. He has always been welcoming band mates to bring their own unique vibrations with them. A roller coaster of talent shines with this new album.

Head bouncing is immediately induced as soon as Today, Satan! begins with the pop punk song Baited Breath. Hand claps and an upbeat drum demanding you get up, dance the day away. Bringing back memories of being a child while enthusiastically waiting to play with your friends on a school day. If you know anything Jeremy has done before, you already know it has Bah Bah Bah's involved catching your ear and getting you to singing along. Good luck not listening to this song repeatedly.

Following the fantastic opener is a psychedelic trippy adventure named Psychic Red, Psyphic Blue. The fuzzy guitar and heavy drums pull you in a psychic cool kind of way that will have you reminiscing times you were tripping on 3 hits of acid, wandering the streets forgetting where you were going in the first place. The focus is simple, all colors and food psychically culminate in a vat of mind melting inspiration that must have been conjured when writing this tune.

Ojos, an ode to first love and being insecure with each other. It's a welcomed change of pace in which it speaks of communication being key when needing to understand how to be thoughtful in a relationship. The clang of the banjo is beautiful and not to mention that distorted guitar solo will leave you begging for more.

Picking up from where Ojos left off the music shift is felt and not as heavy as the first couple of songs; The Ballad of Naferious Falling. A daydream fever of sorts where a tattoo has given unlikely power to a woman where falling is lovely. The subtle laid back bass is a nice consistent background and accompanied by the banjo.

The Devil Can't Dance. What amazing song title. The strum slide of the guitar and lyrics are the strongest on this release. It's has the feel of an old folk rock song which I can only believe is the truest form of "Blackgrass" that Shiny Red Nothing has given themselves as a genre for the band. This is a song everyone should hear at least once in their lifetime. Just know the Devil Can't Dance but she surely can sway.

Geez how many horror movies have they watched? Chorus of the Zombie Apocalypso paints a picture of uprise of Priestesses with fiery red flesh headdresses on doing as their master commands. Chanting seems about as fitting as the left shoe going with the right shoe for this song. The slog of the guitar and the buzzing of lead easily carry this forward making certain that all is well in aisle 666.

The final act has arrived in the form of the album title; Today, Satan! If there is one take away from this song, it's that in the battle between light and evil, light will always prevail. Almost as if the song is saying don't ever give up, which translates to "Fuck you Satan. Not today."

A feast for the ears is what I would call Today, Satan! The music and lyrics say it all for this release and you would truly be missing out if you don't give this fantastic album a chance.

Produced by Jeremy Strickland with the engineering talents of TJ

*Side notes
-There are two more tracks after Today, Satan! concludes. A more raw version of Baited Breath and a classic (if you've been following Jeremy's music career) Let Me Be Your Liquor Man. This version is unhinged and wild. Soak that emotion in and let the trip to the liquor store begin.