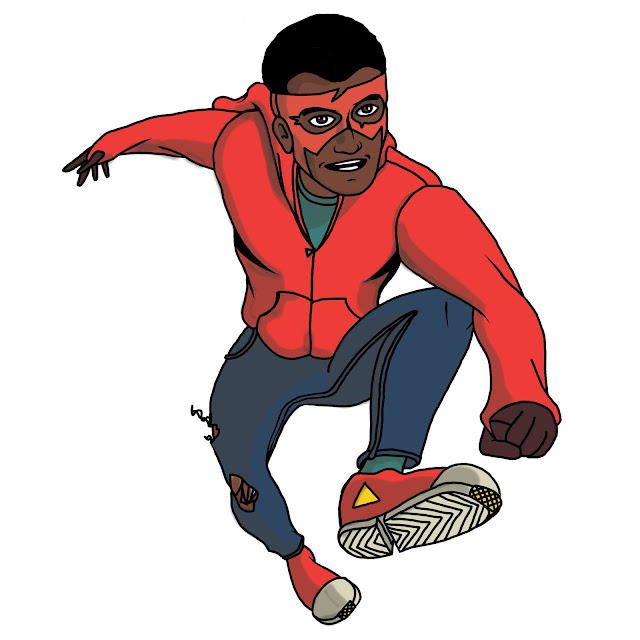 NAME: Scott Turner
ALIAS: Skyrat
AGE: 16
BIO: Green City has a gang problem. When hive-minded Tony triads invaded his Green City neighborhood, tenth-grader Scott Turner donned a mask made from a red t-shirt sleeve and began using his mysterious, unpredictable super-powers to fight the Bliss pedaling gang off. But Skyrat’s not that great at being a superhero, and Scott’s not real good at balancing his life. As our story opens, the Louie gang is poised to take advantage of a forming void in the city’s criminal fraternities, and Skyrat will find himself the unlikely protector of A once sworn enemy...
EXCERPT: