For Algernon - 2014 Interview For the M. Moncrieff Album 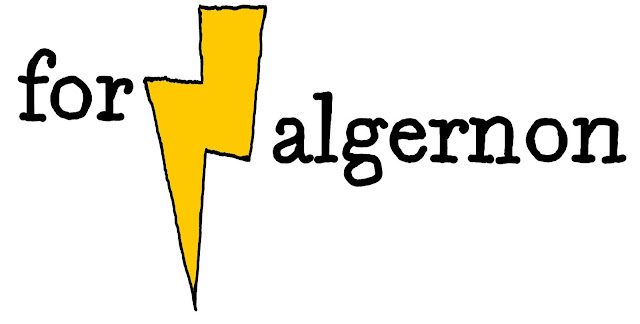 (EDITOR’S NOTE: There’s a new single by for algernon, and it’s an amazing tune. To celebrate and stave off anticipation for the forthcoming album, we continue our look back at for algernon frontman Jason Wells’ 2014 solo project, Monsieur Moncrieff. The following interview was originally published in September 2014.)

You’ve been releasing albums as For Algernon (starting with Orange Watches and Lost loves, if I remember correctly) since… What? 2002? 2003?How many have there been?

Why isn’t this a For Algernon album? What does M. Moncrieff mean? Is this a character you wanted to play, a new personal direction, or something else?

It’s not a for algernon record because for algernon has evolved into a band with multiple personalities. We were nearly 50-60% complete on a new record at the time of the wreck and then we all sort of went through some life changing events. Deaths, births, wrecks… The album was left in limbo. As I began writing, I kept fleshing out these new songs on my own, without the bands input, and that’s not what I wanted the next algernon record to be. We all had worked too hard and too long to just skip it,  move on and come back to it. The name comes from (1/2 of where for algernon came from) Oscar Wilde’s “The Importance if Being Earnest.” One of the lead characters is Monsieur Algernon Moncrieff.

The M. Moncrieff album liner notes talk about a car crash and a move to the country. What happened? Why were these such life altering events?

Driving home, a car pulled out in front of me, and as I swerved to avoid it, I lost control and hit a parked car.  It was a pretty serious wreck. I cracked my sternum and broke 3 ribs, burns from the airbags, concussion and my passenger was injured severely too. The wreck still plays out in my mind, in nightmares, when I’m driving… I just keep thinking of how close I came to dying or killing someone. I blacked out after the impact to the head, so I can’t remember anything up until after I woke up, and that makes it worse. A near death experience will rattle you. It’s how you deal with it that makes or breaks you, and it broke me. After about a month or two, a series of events lead me to a move 75 minutes east of Cincinnati. The closest store is 35 minutes away. It was a huge adjustment from what I knew. It’s taught me to prioritize and the beauty of silence. Often I would go a day or two without speaking a word. Finally, I began writing as a way to heal.

Will you play shows as Monsieur Moncrieff or will For Algernon perform these songs?

I’ve been playing Moncrieff stuff when I play solo. I doubt algernon will play them. It’s not out of the picture, but it wasn’t developed for that.

It seems to me that this album is a transition into adulthood for you. Is this a correct observation? Did this happen in your life and music at the same time?

I’ve been slowly adjusting to adulthood these past few years, and I don’t think I was really comfortable with where I was at till a year after the move. I didn’t plan on these songs to be that per say, but I guess it kind of is. The first song really sums it up for me these days. I’ve had some rough times, good times, I love music, I love writing & singing about it,  I may get lost in it, I love my friends but what I really love most is coming home to someone at the end of it all and I don’t care how lame that may sound. I guess that’s an “adult” thing?

All but two of your albums have been self recorded, and they all have a lo-fi vibe. This one’s no different, but it feels even more raw and performance oriented than some of your others. Was this intentional? What kind of a sound were you going for? How does this sound differ from what you would have done if this were a set of For Algernon recordings?

That’s funny you say that because I was doing a lot of lo-fi tricks, but this album was huge. The biggest undertaking I’ve done. I used various recording methods, studied different ways to capture vocals, found that it’s fun to slow things down on a reel to reel, and played more things than I ever have. I really took my time on it.  Not that it sounds like a big studio record but that was intentional. I only recorded vocals when I was in the mood of the song, and I would try them drunk, sober, half asleep, with strep throat… I would record the song in different tempos and melodies and build on the one that captured the essence of the song the most.  I wanted it to be a very organic but warm sounding record, and the songs to work just as well acoustic or with full instrumentation as on the record.

Compared to what the forthcoming algernon record is, it’s not even close. Jon Williams is producing it, and he is a wizard. Had this been recorded as for algernon today, it would be a very different album. I doubt the same songs would even be on it. Even if it was pre-Jon, I still would’ve had other people play parts. I guess the beauty/fault of me doing it on my own is that I hear what I want, but struggle to actually get it out, so I think you hear the struggle in the music. The guitar solo in “arrow” took me 3 painful hours to do because I doubled it on acoustic and electric and couldn’t remember the notes, and i think that comes across in the recording. Had this been for algernon, I would’ve said, “Hey, Jon. What do you think goes here?”

What bands/artists were you listening to while writing/recording “At the Lake, Just After Dark?”

Primarily, I was obsessed with Ólafur Arnalds and Max Richter, but there was a little Woodpigeon, Sparklehorse, Tom Waits, The Antlers,  Ape The Ghost, Adam Green & Binki Shapiro, Lee Hazlewood, Lucinda Williams and Dean Martin

The liner notes also talk about the possibility of you abandoning making music altogether. Knowing you as I do, this sounds impossible. Why would you consider leaving your recording gear behind you? Are you still considering it?

Yeah. Music is so personal to me. It gets tougher and tougher to go out and play. You do so much work and hustling to get a show together and then two people show up and tell you to keep it down so they can hear each other talk. You tell yourself it doesn’t matter, and you’re doing this because you love it, but I can love it just as much sitting in my studio and not go through all the heartbreak of a terrible gig. But then, you get that great show and I eat all my words.

You’ve written hundreds of songs. Which is your favorite and why?

Seriously? I can’t pick one. It’s like picking your favorite child.