Halloween Horrors: Terror in the sky 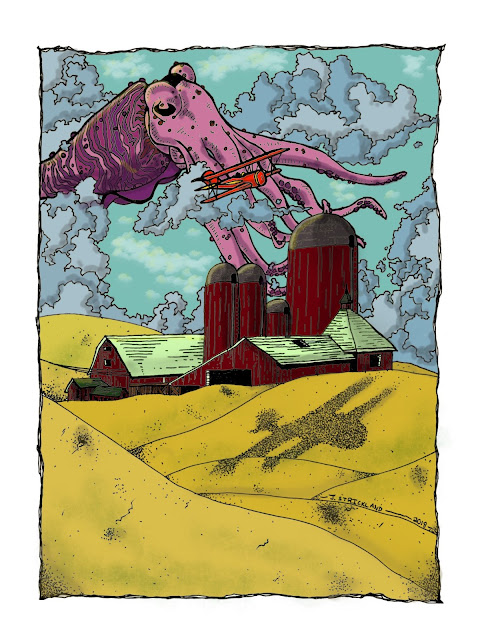 For my money, HP Lovecraft, much like 45, was a shitty person with great marketing skills. He didn’t see a lot of commercial success in his time, mostly because he was an awful writer - read his dialogue out loud for a good laugh. The reason he’s so well known now is because he created a sandbox for other writers to play in. A mythological template; open source literary architectural schematics. That’s why you may recognize Cthulhu’s tentacled face. I didn’t set out to draw that particular god-monster. What happened was, I saw a really cool documentary on octopi and cuttlefish, how intelligent they are. The next day, I was driving in the countryside, admiring the barns and silos, when I saw a plane go by, and I pictured a cuttlefish swimming along in the sky next to it. After sketching it out, there was no argument to be made, the sky-swimming cuttlefish looked not unlike that Lovecraft asshole’s previously mentioned god-monster.

This image was a part of my 2018 ArtPrize exhibit in which I transformed a brewery/pizza joint into a life-sized coloring book. The show was called Color Your Own Shiny Red Nothing, and hey, look, there’s an actual coloring book that came from it. You can find it and other cool merch below! 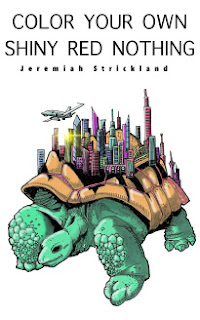 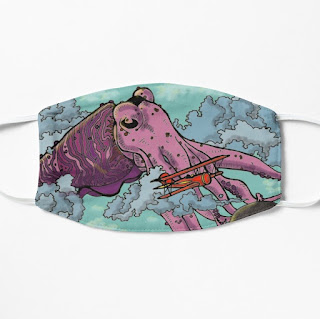