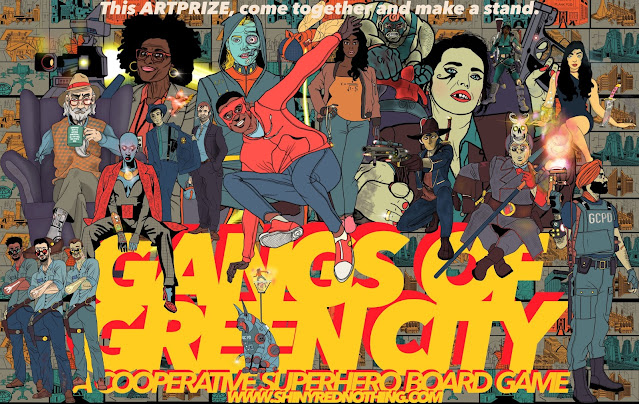 “ ArtPrize® is an open, independently organized international art competition which takes place in Grand Rapids, Michigan. It celebrates artists working in all mediums from anywhere in the world, and is open to any creative with an artwork to enter and a venue willing to host it.
Green For 18 days, art is exhibited throughout the city in public parks and museums, in galleries and vacant storefronts, in bars and on bridges. ArtPrize awards $450,000 directly to artists, through grants to support their ambitious work and through prizes which the public decides through the ArtPrize mobile app.

Since its inception in 2009, millions have participated in ArtPrize, displaying their work, opening their spaces to artists and visitors from around the world, and sparking countless conversations about what art is and why it matters.” 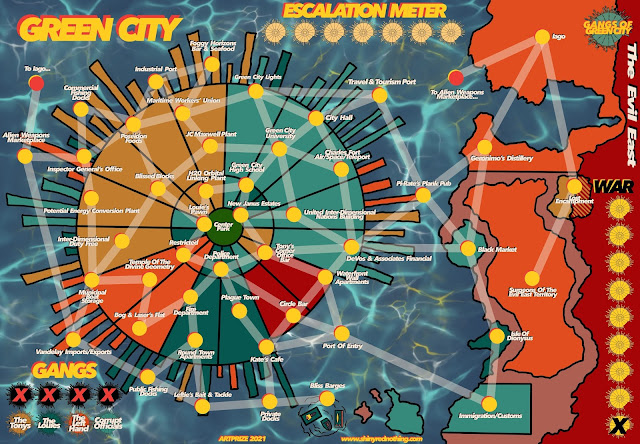 Happy to announce that my entry for the 2021 ArtPrize competition in Grand Rapids, MI has gone live this morning! Connections with venues begin in June. Cross your fingers for me, I’d love the opportunity to participate again. For the 2018 competition, I turned Harmony Hall, an excellent pizza joint / brewery, into a coloring book of sorts with an installation I called “Color Your Own Shiny Red Nothing”. Then, in 2020, while laid off due to the pandemic for seven months, I began work on that year’s ambitious ArtPrize entry, a board game called “Gangs Of Green City,” which was based on a superhero novel I’d been working on since 2006. I completed the preliminary design process, drew dozens of illustrations, even got so far as to have a prototype game board printed to experiment with, but of course, the competition, like my job, was cancelled due to plague. Total bummer, man. All of that work felt wasted, but I didn’t want to stop spinning the gears of my imagination in Green City. Luckily, my time spent developing the game for ArtPrize untangled some narrative knots for me, so I took the next several months to finish writing the superhero novel which eventually became “Ship Of Theseus.” Now we’ve come full circle, as I’ve returned to work on GOGC for ArtPrize. Check it out!

Meanwhile, I’d be remiss not add that you can find the coloring book which resulted from the 2018 ArtPrize here. 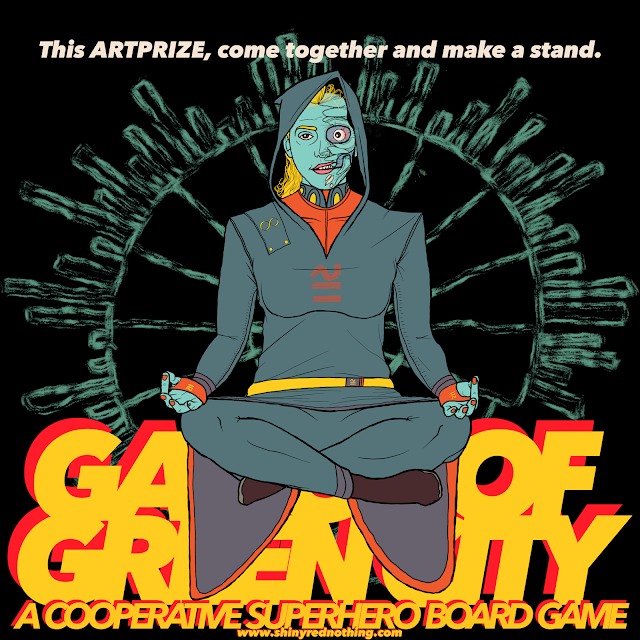 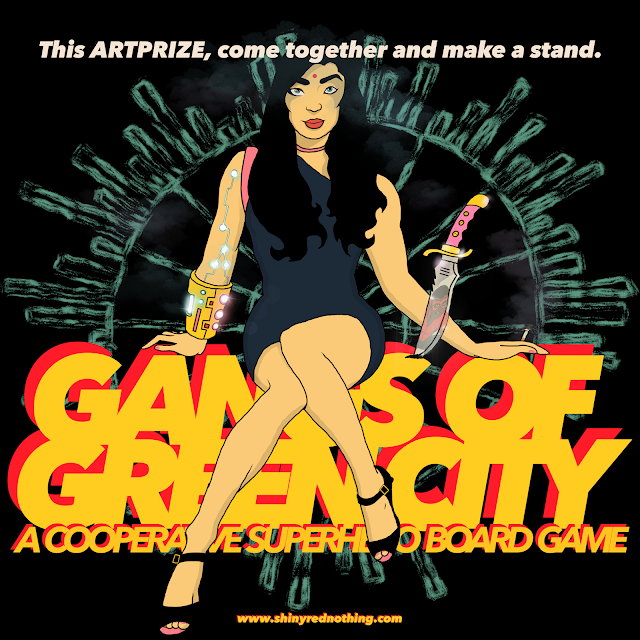 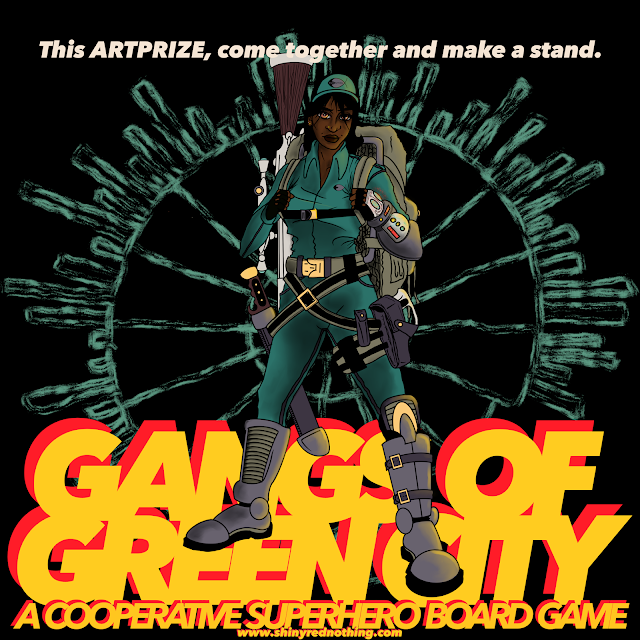 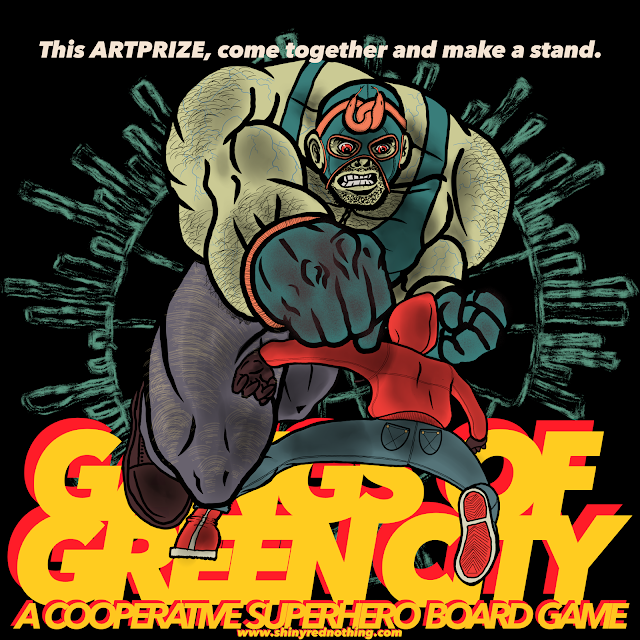 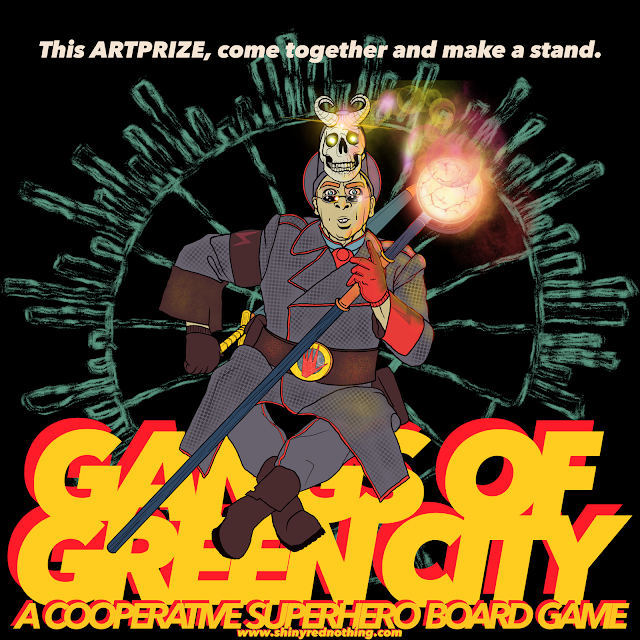 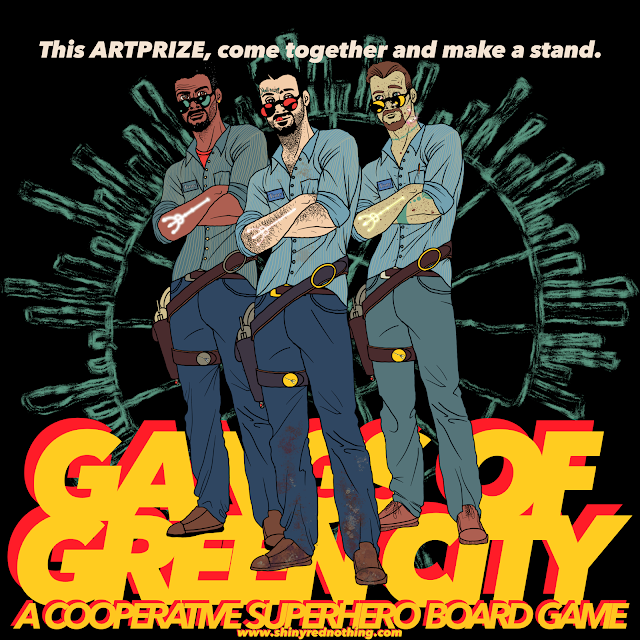 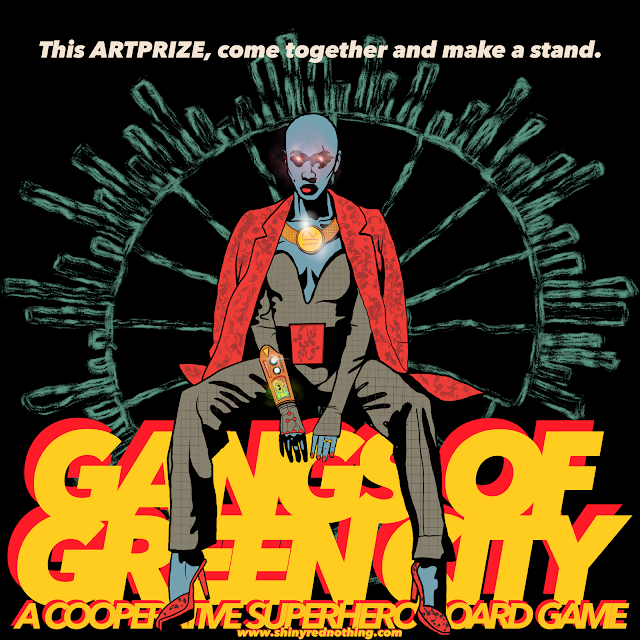 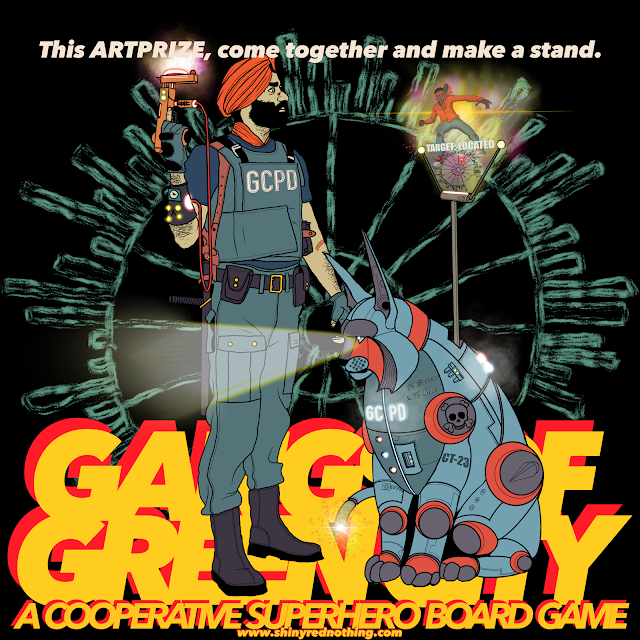 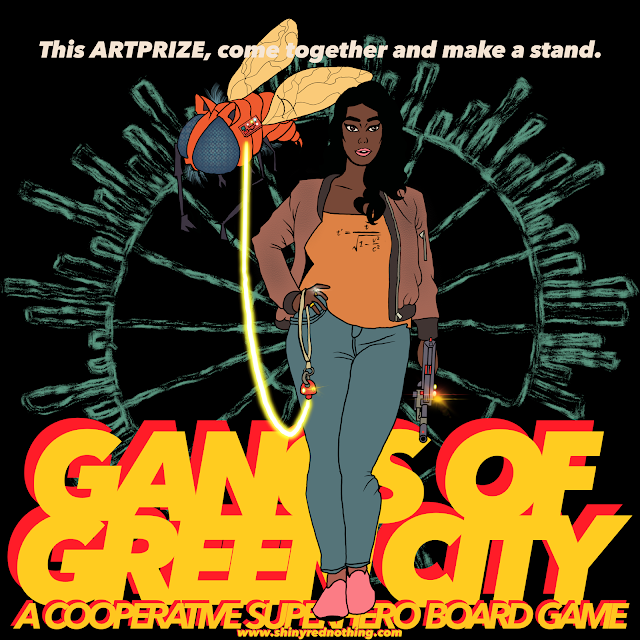 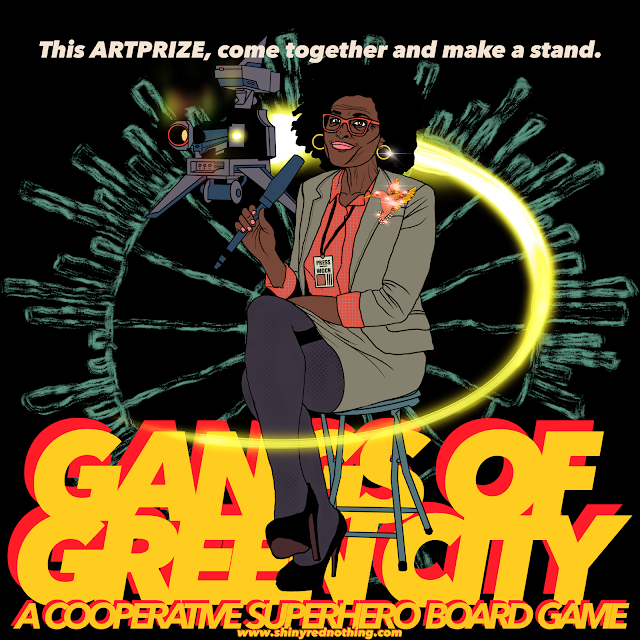 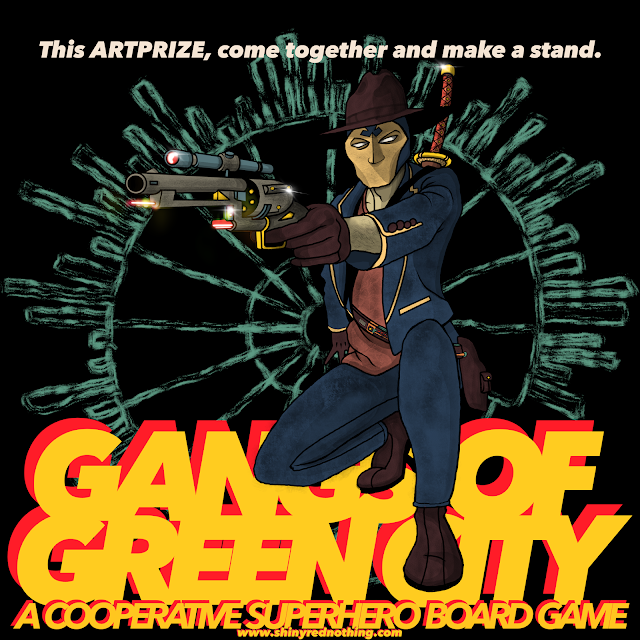 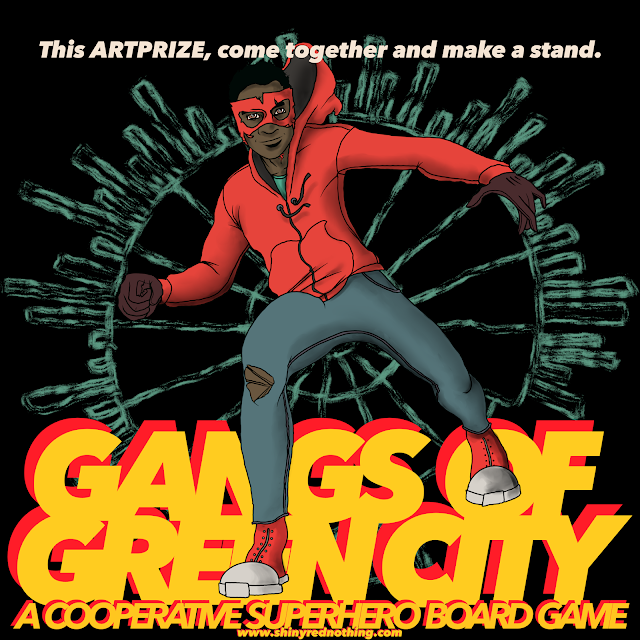 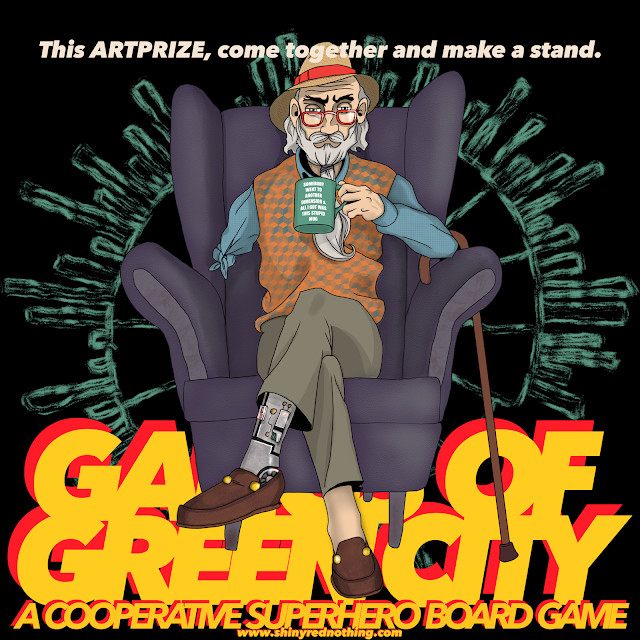 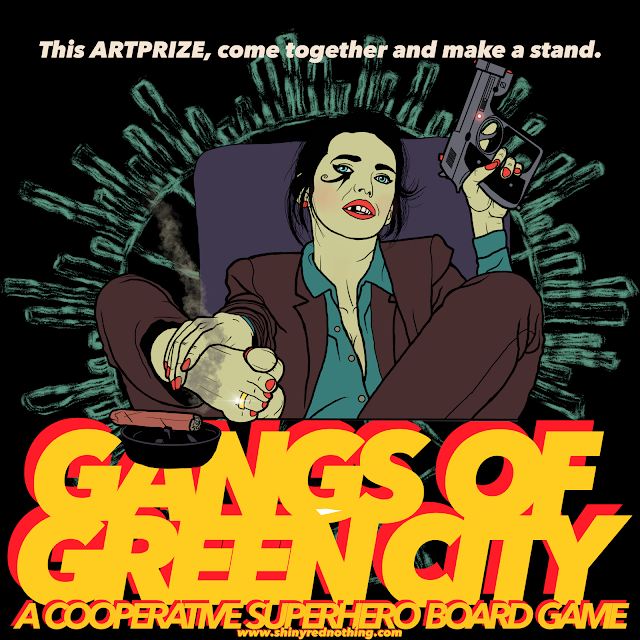 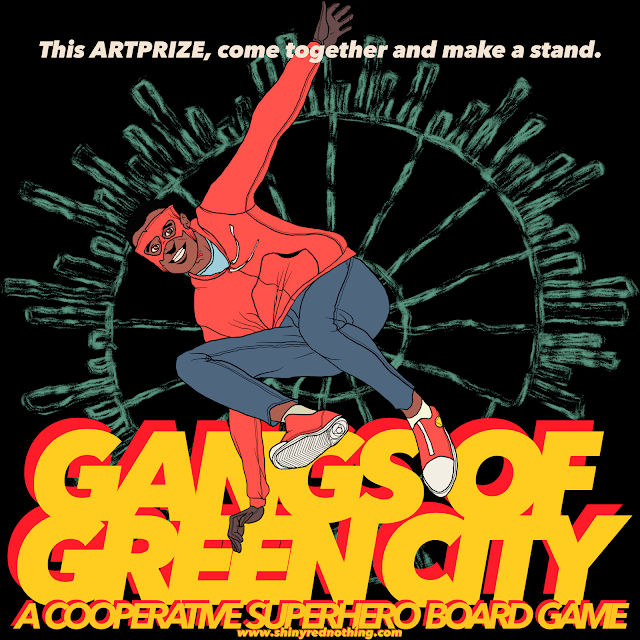