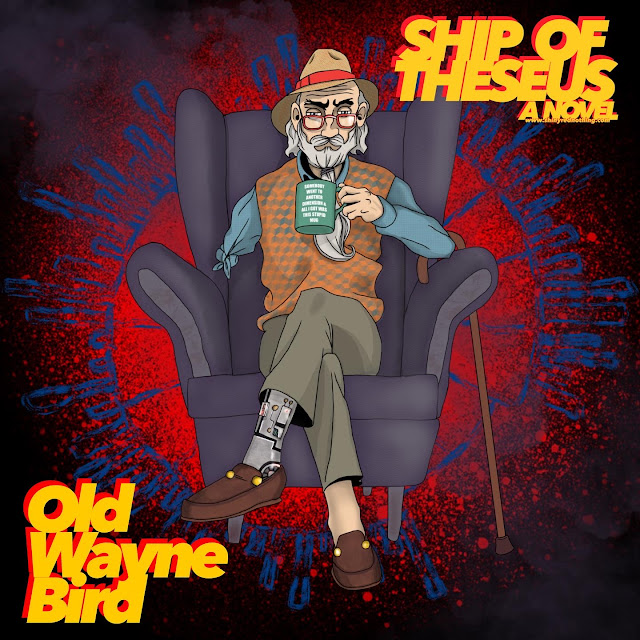 NAME: Wayne Bird
AGE: 180 (approximately)
BIO: In our world, college student Wayne Bird was a depressed, directionless, and alcoholic writer. Transported to the plague-ridden Earth of a parallel reality, however, Wayne found his purpose as a freedom fighting journalist. Nearly 150 years later, semi-retired and working as a creative writing teacher at Green City High School, Mr. Bird finds himself face to face with the Skyrat, a superhero he made up when he was only seven years old. Is this a coincidence? A cosmic inevitability? The senility of an old man?
Or could it be fate...
***

Ship Of Theseus: A Novel,” written and illustrated by Jeremiah Strickland is the tale of Wayne Bird, a grieving young writer who has a terrifying existential crisis in the haunted apartment of an art-dealer before traveling 150 years into the future of an alternate timeline to meet Skyrat, the superhero Bird created when he was 7. It’s a darkly funny, disturbing, and action-packed ride that’s being called “Wildly entertaining,” “Completely bizarre and surreal and great fun,” and “Unlike anything I’ve ever read.”

Ship Of Theseus: A Novel written and illustrated by Jeremiah Strickland is available exclusively at Amazon Dot Com. For more info, visit: