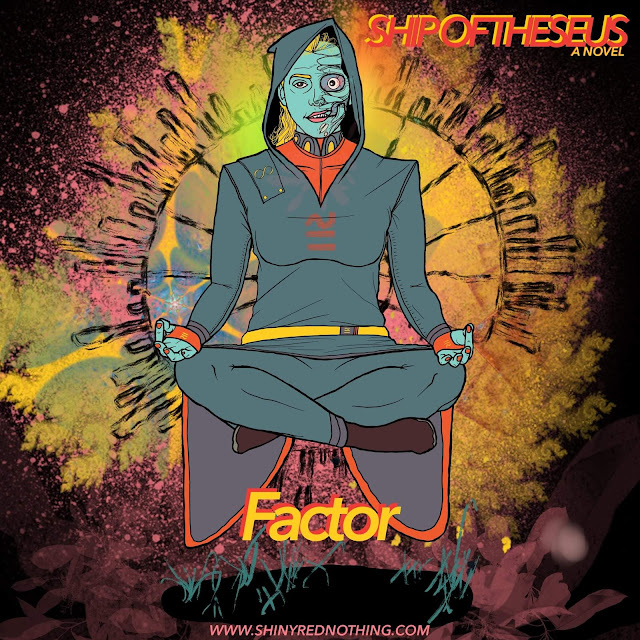 NAME: Gabrielle Fibonacci
ALIAS: Factor
OCCUPATION: Senior Brot Monk, Green City
BIO: Born in Green City to second generation Janusian immigrants, Fibonacci was sent to a Brot monastery on Janus for schooling after several bullying incidents sparked by her unfortunate facial deformity, the result of a bout of Khwarizmi’s Melting Sickness in her infancy. After graduating, she returned to Earth and began working as an administrative assistant for the Green City Brot Order before being promoted up through the ranks. Currently, her passion is working with retired Tony gang members who are struggling with reacclimating to mental and emotional autonomy after being freed from the Tony hive-mind. Meanwhile, the Brots she oversees struggle in Green City. Widely viewed as cultists, they’re regularly targeted by xenophobic Louie gang members, a violent fact of life that’s about to bring Factor and Skyrat together in an unlikely alliance...
***