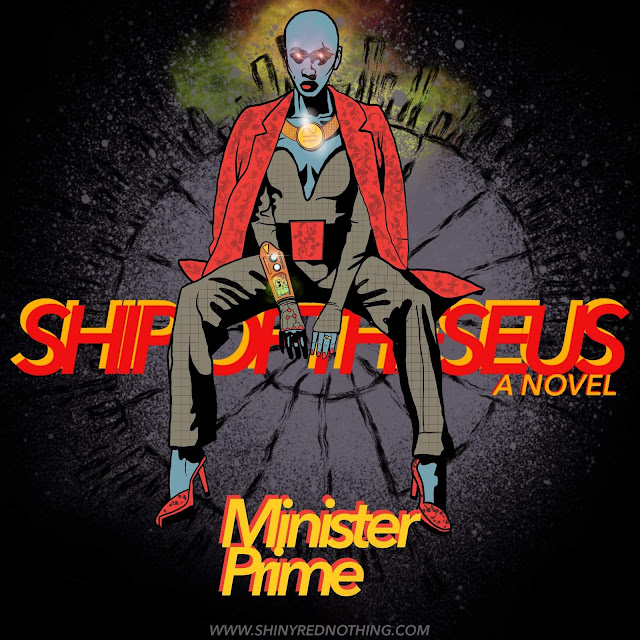 BIO: A century ago, Earth was ravaged by a civilization ending plague caused by a virus that preyed on human brain/internet interfaces. Salvation came in the form of an inter-dimensional benefactor calling herself Minister Prime. Partnering with what remained of the US government, Minister Prime’s vast forces destroyed half of the country’s infected population while moving survivors to strategic locations along the coasts, miles across the oceans from where walled island cities were under construction. Now, a hundred and some years on, the mysterious benefactor has barely aged a day and has made herself the thinly-veiled, unelected leader of the United States, “serving under” a politically impotent president. Some believe she’s Earth’s savior, but others see her as alien opportunist who’s turned Earth into a swap meet for the multiverse. Still others question her long term plans as her political power grows, and her influence over the heads of government of US allies is beginning to produce shocking victories in her favor. No one, however, is even close to guessing her true motives... Except for one person: Geronimo, ruler of Iago and Green City’s biggest threat.