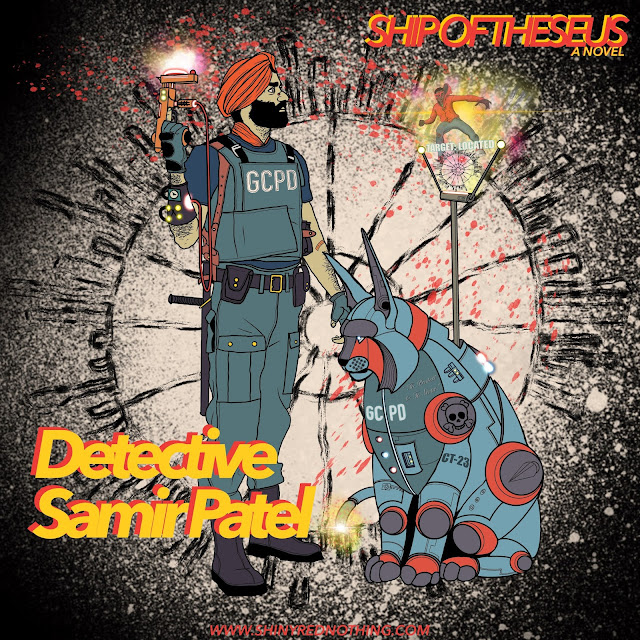 NAME: Samir Patel
PARTNER: CT-23, AKA “Copcat”
OCCUPATION: Lead Detective, Special Investigations Unit, Green City Police Department
BIO: Extortion. Bribery. Blackmail. Witness tampering. Evidence planting. Assault. Murder. In his early days as a young Greeen City beat cop, Officer Patel would have never imagined himself becoming the kind of crooked cop he is, but over the years, small compromises on top of small compromises slowly eroded his integrity. Now he’s been promoted to a lone-wolf role in the Special Investigations Unit while simultaneously becoming Louie Louie’s very own man on the inside of the force. He’s also been officially assigned a task that’ll make life easier for the Louies as well as the GCPD. He’s charged with locating and removing the so-called superhero Skyrat from the streets...
***